Shigeo Kageyama is an average middle school boy nicknamed called Mob, which means background character, due to his lacking a sense of presence. Although he seems like an inconspicuous person, he is in fact a powerful Esper. Realising his psychic powers are dangerous he constantly lives a life in emotional shackles to avoid his powers getting out of control. Mob wants to live a normal life however trouble always comes his way making it increasingly difficult to keep his emotions in check. With the suppressed emotions growing inside Mob little by little, his power threatens to spill over its bounds. 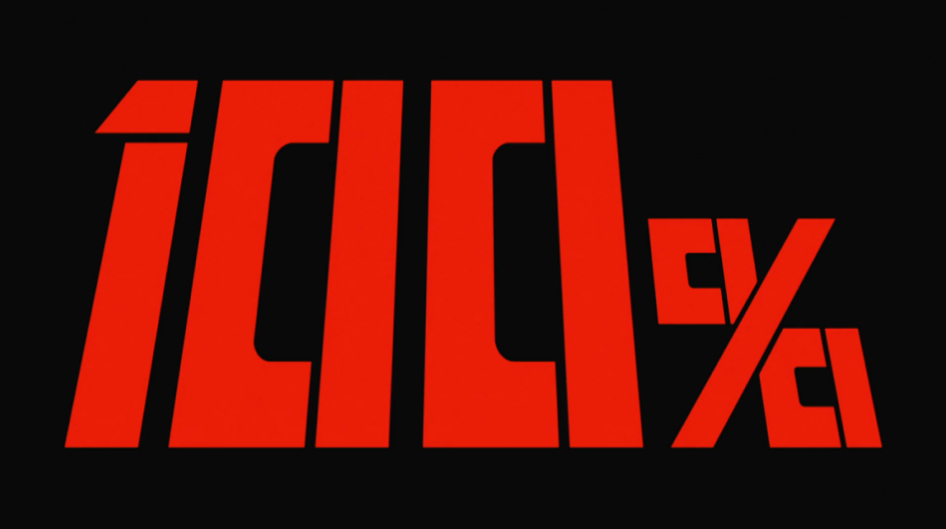 When Mob hits 100% and can no longer hold his emotions things get interesting.

When I started watching Mob Psycho 100 I did not go into it knowing the creative force behind it was the same as the hugely popular One Punch Man. It did not take me very long at all however to see the hallmarks of One’s unique style. Yoshimichi Kameda’s experience working on the animation for One Punch Man must have come well in handy for adapting One’s style to our current screen anime standards as he took on the tasks of character design and key animation. Not only does Mob himself look very similar to Saitama (add a bowl cut for hair) but the prevalence of ball chins and crazy looking enemies (ghosts in this case) is here too. 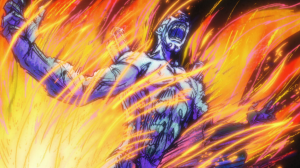 One of the many ghosts that Mob takes on. Check out that chin.

The similarities don’t end at the look of the show however but the overall tone and flow of both stories match up pretty similarly too. The absurd situations are ever present in Mob Psycho 100 as well, many of these spurred on by the apparent obliviousness of the hero of social norms and his general naiveté. The comedy mostly centres around this and the constant juxtaposition of the bizarre to the mundane. One of the great sources of laughs comes from Mob’s master Arataka Reigen who is a complete charlatan and a profession con-artist. Somehow however despite his lack of powers Reigen somehow proves to be the perfect master to help Mob with his powers and his problems. 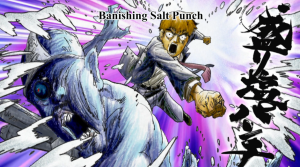 Watching Reigan it seems like he forgets he is a con artist.

Much like with One Punch Man the stories are mostly episodic in nature with a growing central plotline that slowly comes together. I personally get the feeling that One creates in a way where he just has fun for a while, making up cool things and then eventually hammers whatever sticks into a direction to go on. An example of this is how the ghost hunting angle that the show starts which seems to take a major turn to being in the back seat very quickly, although it is still clearly an element of the world. This isn’t by any means a complaint on my part on how One works, I think it is rather refreshing and people are running with it because it is fun, it will however not be something for everyone.

Who shouldn’t watch Mob Psycho 100?
People who need consistantcy of art and animation. If you don’t like over the top battles and bizarre looking creatures this one is not for you. If you didn’t like One Punch Man or if you did but don’t want more of the same.

Who would I suggest watch  Mob Psycho 100?
If you liked One Punch Man and want more of the same kind of stuff. Anyone who loves over the top battles. If you see tropes as something that should be embraced in a tongue in cheek manner.