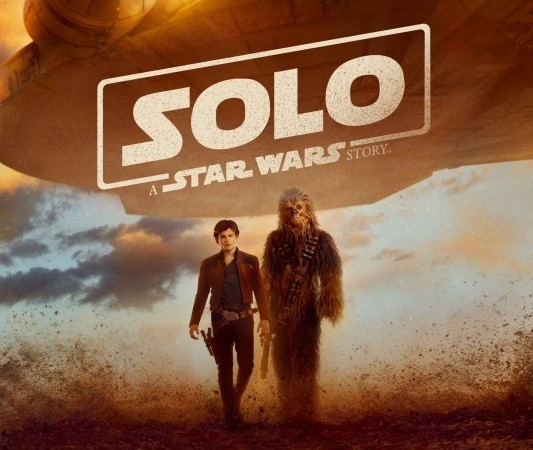 My initial reaction and thoughts about to the Solo movie without direct spoilers (I can’t help it if you infer anything from what I say here).

The quick of it, I would say It is a very solid enjoyable movie but not one that pushes new boundaries. Star Wars fans will enjoy it, if they don’t go in with expectations and aren’t married to Han’s pre-Disney background stories.

The quite a bit longer of it…

Although the plot isn’t anything groundbreaking and new, as is ultimately true with every story told, it is seeing these characters through their particular journey in this framework.

On that point the story being about Han Solo worked and worked well but you could have put new characters in there and tweaked things somewhat and it would still have been fun. You could take the essential core of the story and set it in a different sci-fi universe, modern day or any setting and the archetypes and events still make sense (as long as you tell the story well enough).

Super hardcore fans will adore some things and some of those same fans will also hate some things. Much like every Star Wars movie or other property that comes out now it doesn’t line up with the RPG sourcebooks which filled the gaps in what became the Legends Canon and it clearly disregards Han’s origins there… though I think it might pick up on some of the ideas directly and some indirectly. Certain things you know and have grown accustomed to change in this movie but they are the things that only us hardcore fans even know let alone care about.

Also on the topic of things that only dedicated fans will probably know. There is an appearance of a character (and I will try to not give anything away here) but if you only watch the movies and nothing else you will be confused (unless you have a friend like me who tells you about everything else). This is part of the greater interweaving and continuity building that I love with the new Star Wars that works for the fans. It is also something that casual fans and critics do not like. Ultimately though in this story at least you don’t need to know the details behind this character and their appearance, if you get it that’s awesome, if not you can go and find out. Or just go “well that was interesting” and leave it at that.

The Actors And Their Roles.

Alden Ehrenreich is a good Han Solo, although at first you might not feel it. The thing here is that Han here is not the guy we know in A New Hope, especially at the beginning and I feel still not quite at the end. There are still adventures left that will shape who he is. He doesn’t copy Harrison Ford exactly because that would become parody but he does get large components of his mannerisms. The biggest difference is the demeanour I think and I believe it shifts during the movie too.

Donald Glover on the other hand is the second coming of Lando Calrissian. I am not even sure if Billy Dee Williams himself at times would mistake a line from Glover as one of his own if he heard it. He has all the deceitful charm down pat really well along with the moves. Seeing Donald and Alden together really makes you understand their meeting in Empire a little more although it feels like there will be more adventurres to come for them yet.

Woody Harrelson as Tobias Beckett brings one of the best new elements to this story and Han Solo’s development. I for one would love to read some stories about some of his adventures, perhaps something from his younger days. L3-37 is a fun addition to the ever growing line of neurotic and characterful robots that seemingly fill the Star Wars universe. Emilia Clarke didn’t blow me away as Qi’ra but she wasn’t bad either. I would say her personality could have used a bit more work although perhaps that was due to choices that were made.

On The Numbers And Final Thoughts

Considering Solo is falling in behind Infinity War there should be no surprise that the audiences haven’t kicked off straight into hyperdrive, especially here in Australia. Too many people I spoke with were not even aware it was coming out this month let along about the midnight screening that I attended (which was eerily empty compared to normal). There are also number of fans who are rallying a backlash against the current group of people calling the shots at Lucasfilm, especially Kathleen Kennedy. A number of these people just won’t go see the movie (or at least that’s what they say) and doing this will likely cause more damage to their cause than anything.  I would suggest that those who were upset with The Last Jedi go see this movie with an open mind

Overall the movie plays things a lot more safe in many ways than The Last Jedi did, much like many people thought about The Force Awakens. This will make some people happy, some people will be upset and others will take it for what it is. Was this in reaction to the reaction to The Last Jedi, maybe. Personally I don’t think playing it safe is necessarily a bad thing, unless you are a movie snob who only consumes it as “art” and not as entertainment, storytelling and/or modern mythology. When things are good you don’t need a revolution.